Given that your little one is still learning the English language, you may think a bilingual kindergarten would only confuse them and slow their progress. However, the truth is that bilingual child care is unmatched in its benefits for young minds. Here are just four reasons why you should consider enrolling your child at a kindergarten that combines English with a language like Italian, Mandarin, or Arabic.

Bilingualism is associated with improved linguistic, cognitive and social skills, even in childhood. According to research, children who can speak two languages are more mentally agile than their peers. In the same way that they learn how to switch between languages as needed, they also learn to switch between different concepts—or even think about multiple concepts at the same time. On top of this, bilingual children have improved attention and focus, and they're even better at completing mental puzzles. Most notably, the study revealed children who learned a second language when they were young were quicker at these puzzles than adults who became bilingual later in life.

While it may not be immediately obvious, learning to speak a second language as a young child can also build empathy. In a bilingual kindergarten, children learn how to understand different language cues to help them work out which language to use. With a second language on the table, children start to notice various differences in other people's behaviour and speech patterns that are otherwise easily missed. In turn, they gain a greater awareness of certain social situations and other people's thoughts and feelings.

As time goes by, Australia is becoming a more rich and varied melting pot of different cultures and ethnicities. One of the benefits of bilingual kindergarten is that it helps your child build a strong love and appreciation of diversity. Children will learn about different languages and cultures in a dual language setting, showing them all the rest of the world has to offer. Bilingual kindergarten students also learn that knowing a different language can help them communicate better in an increasingly globalised world.

Yet another benefit of bilingual kindergartens is that learning a second language young means your child is more likely to be fluent or conversational in the future, and that skill will open up numerous future opportunities. For example, people who speak two languages have more job opportunities. Even if your child doesn't want to work abroad in the future, employers are always on the lookout for staff who can help them liaise with foreign customers and business partners. Plus, before that, your child will have plenty of opportunities to study abroad over the course of their education if they're not limited by monolingualism.

Reach out to a kindergarten in your area to learn more. 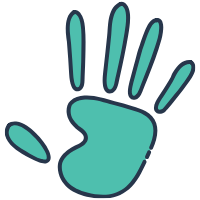 Sending your first child into a daily childcare system is something which is a nerve-wracking experience for most parents. So, the more you learn about the routines of a childcare facility, the more at ease your mind becomes. When searching for information about how childcare facilities work, you've come to the perfect spot. From food choices to naptime, teaching styles to dealing with childhood disputes, there is plenty of information to be found to answer the questions you have. Do not let the thought of childcare scare you. Instead, do the research on how these facilities work so you can be fully confident about sending your child to one.

4 Ways Your Child Will Benefit From Bilingual Kindergarten
23 June 2021
Given that your little one is still learning the English language, you may think a bilingual kindergarten would only confuse them and slow their progr …

Why Is Childcare Important for Kids and Parents? Find Out
20 April 2021
One of the things that you have to worry about from the moment you decide to go back to work is childcare. Who will watch your children while you work …

Two signs of an excellent daycare centre
13 November 2020
There are many things you need to look out for when you're trying to determine if a daycare facility is good enough for your child. Here are a few sig …